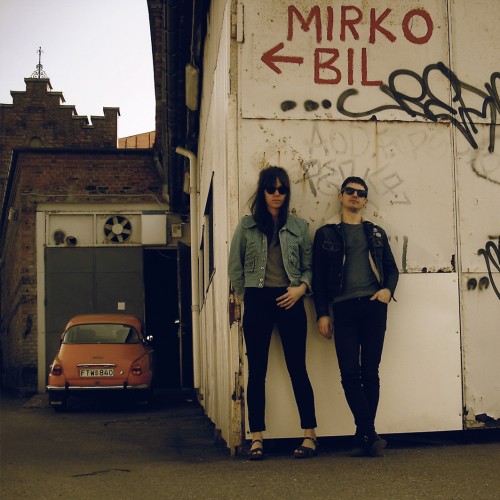 POPPETS - Steal It Like A Thief LP Fdh I saw this tv-show yesterday with a bunch of famous Swedish artists who talked about how to mature musically when you get older. That’s a stupid cocept to me because usually it means getting softer and having acoustic guitar. Oh, they got a more mature sound on this album… But think about all them old blues guys who are 80 years old and play really primitive stuff. Aren’t they mature? What I’m trying to say is that there must be other ways to be mature than to have a clean sound and acoustic guitars on your second or third album.      Poppets don’t have any acoustic guitars on their second album but I think they have matured a tiny bit and done it in a good way. They still have the same low fidelity and write the same kind of songs but the big difference here is they write better songs with better hooks. Total sugar pop lo-fi explosion! The LP plays on 45 rpm and there’s 9 songs. Perfect for a band like Poppets. Favorite tracks are “Steal It Like A Thief” with it’s Modern Lovers-esque organ solo. This is a hit! “Doomed City” is a ballad of sorts and it’s real pretty. I’m gald they slowed down their songs a bit, it suits them well. Nice sleeve too. (Martin)