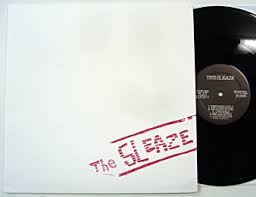 I heard through the grapevine that this was supposed to be good. People were talking about it. With so many records coming out right now it’s hard to know which ones to pick. Total Punk have a high quality when it comes to all their releases but they are all also steeped in the same format and that can be a bit tedious sometimes. I understand it though cuz this is ceratinaly the era of niche-ing yourself. Anyway, the Sleaze are definitely one of the satnd-out records. The fi is low but perfect for this kind of punk and an eight track 45 rpm LP is the perfect format. The Sleaze got the songs and they’re smart enough not to play them too fast but what really makes this great is the singer’s kind of laid back snottines and the lead guitar that delivers some awesome melodies. It doesn’t bother with 1977 too much either which makes it fell like now. You get the title track in a synth-driven version as the last song. Great. (Martin)