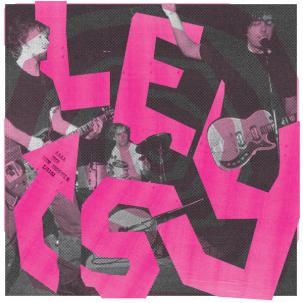 Back in the early 00’s I wasdying to hear this band. All you could get was one track on a split 7” from amagazine called Pinball if I remeber correctly. To have James Arthur (thenex-Fireworks, Necesarry Evils), Eric Oblivian (well, you know) and ForrestHewes (Neckbones) in the same band was something that could not go wrong to me.Why these recordings never came out at the time I have no idea because this isgreat stuff. Reminds me a bit of the Bad Times LP (Eric, Jay and Louie) butwith a notch better (and just perfect) fidelity. They cover some Australiangarage punkers but they mix well with the originals. Didn’t realise I miss thiskind of music but I do. Raw, noisey garage punk without bass of course!  Also really like the format of ninetracks on a 45 rpm LP. It’s just enough for a band like the Legs and it makesit real loud. Great sleeve too. Definitely one you should get. (Martin)

Don (Bassholes,Gibson Bros) Howland’s back with a new version of his old outfit Burning Bushand man is he inspired. “Anti” is a scuzzfest that doesn’t let up for 5 minutesand “Paranoia Paradise” (written by Wayne County) is a fast punker that fitsthe band perfectly. Hightly recommended! (Thomas) 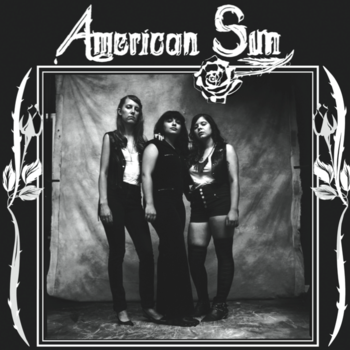 Bought this fromSS Records some time ago and I figured a self-released 7” like this needs anyexposure it can get. Forgot to listen to it for a while but now that it’s backat my turntable I realise it’s pretty great. Slow and moody garage rockindebted to Dead Moon with a bit of a 90’s alternative feel as well. They seemto be from New York. Great sound. (Martin) 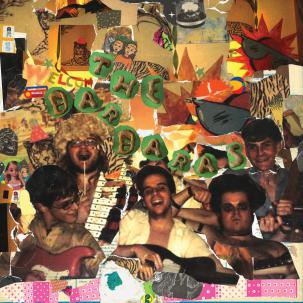 Shortlived Memphis all-star band whose memberswent on to be in Jay Reatard’s band, the Magic Kids and the Boston Chinks. Theyonly did one 7”, which is included here, and which is prolly their bestbut this whole album is nice and it’s nice to finally have it out. Greatgaragepop, some great songs some okay stuff but overall a really nice alb. Ireally dig it. (Thomas)

Lots of new songs off their latest, and pretty good, album in really nicelivesound. If you’ve seen the Black Lips live you know how they sound and thisis pretty close to being there, you can just pretend they’re playing in anotherroom. Anyways, they’re a great liveband and of course they should have somelivealbums out. Wouldn’t say this is necessary but it’s nice. (Thomas) 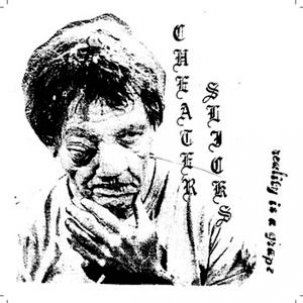 Oomph! What a way to knock it out of the park,record of the year? I think it might be.. At least songs of the year in “HoldOn to Your Soul” which really struck home with me, and “Current Reflection”.Thank you! (Thomas) 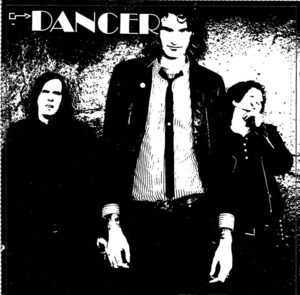 Good thing I didn’t hold my breath waiting forsomething new from any ex-Box Elders cause that sure took it’s time, but here’sa lifesign in the form of Jeremiah and Dancer. Hits all the right notes fromstart to finish, especially “On the Run”. Don’t sleep on this! (Thomas)

Hup! It’s Dan Kroha of the Goriesand Demolition Doll Rods!! New records by Cheater Slicks, Don Howland, DanKroha and soon the Oblivians… What’s going on?! Mr Kroha’s new outfit is a realnice garage trio with bass, guitar and drums. Two covers on this one. A-side’sby someone named Powell (tried to google it but only got hits on CollinPowell!) and b-sides’s a pre-Velvets Lou Reed number. Danny’s got his snottynasal voice intact and the Darleans dish out som danceable garage rhythms. It’sgood. (Martin) 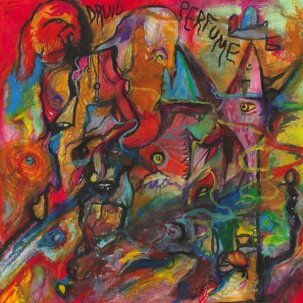 This has been out for  long time now but I just think thisband is so overlooked I’m gonna review it anyway. Unfortunately I think this istheir last release and that they already called it quits. Druid Perfume arefrom the Detroit area and feature ex-members of the Pirahnas and this is theirthird LP. They play jazz-punk, sax-punk or we might just as well call itskronk-punk. A lot of saxophone and twisted rhythms that are definitely jazzinfluenced. Captain Beefheart, I would guess, is a heavy influence for thisband but it’s definitely punk in feel. Once you make it through all theskronkiness it’s also damn catchy. The overall sound of this and especially thevocals is definitely an aquired taste but if you make it through to the otherside there’s a great reward for you! Would have been great to see them live.(Martin) 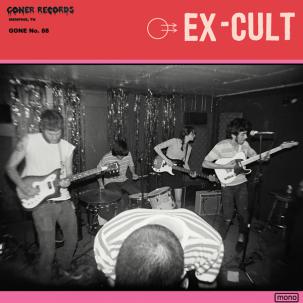 Very nice, the a-side’s blowing me away butkudos to a pretty good b-side too. These guys didn’t surprise me this much liveor on previous releases (as Sex Cult). Can’t wait to give them another shotlive! Good work Ty Segall on production! (Thomas) 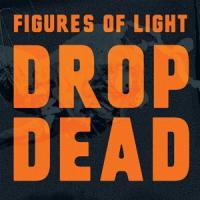 The world found out about theFigures Of Light a few years ago when Norton reissued their debut 7” from 1972.A proto-punk garage gem that had been hidden from the world for ages. Then theband released a whole LP with material including that first 7”, some othervintage recordings  mixed with newstuff. I’m sure there were more people than me who didn’t believe the new stuffwould cut it but it actually sounded great and not at all different from the70’s recordings. So now, here’s the first album with all new recordings andit’s definitely a more cohesive record than the first one. Produced by MickCollins (Gories, Dirtbombs) and the band is backed up by Collins och guitar,Miriam Linna (Cramps, A-bones) on drums and Marcus ”The Carcass”  Natale on bass. The team crank out somereally cool primitive garage punk. Mick Collins gets the sound just right andhis guitar really lift the songs. The Figures Of Light really know what wasgood about their music in the first place and don’t try to complicate thingsthat are best left simple and primal. The stanout track to me is definitely”World Of Pain” where they get a nasty repetitious Cheater Slicks vibe going.My only complaints is that sometimes the songs tend to drag out for a bit toolong and they could have easily skipped a couple of tracks to get a more solidwhole I think. That’s just small stuff though because it’s a really good album andpeople who dig that primal garage thud should definitely check it out. (Martin) 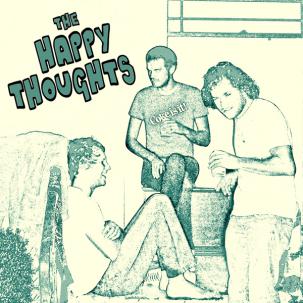 This is about half a year old bynow but it’s good enough to remind you about it. The Happy Thoughts used to beEric and the Happy Thoughts and released some 7”s and tapes and these songswere on those releases albeit in different recordings I think. The HappyThoughts play minimalist pop music in a garage setting. Drums, bass, a cheesyand scrappy japanese-sounding guitar and witty, smart down-to-earth lyrics.That’s all they need because they write great songs and the fragility of thewhole thing just adds to the charm. It’s really no point in picking out anycertain songs because it’s pretty much like a collection of hits. When I got itI played it for a week straight and then totally forgot about it for a whilebut everytime I put it on it makes me happy. Just like a great pop record.(Martin) 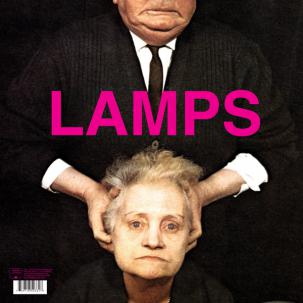 LAMPS - Under the Ground, Under the Water LP (In theRed Records)

What a party these guys throw! Been waiting awhile for this, their 3rd LP and it’s gotta be their best yet.Fucking dangerous and loud and wild and just lovable! Shit, this thing isunbelievable! Get this! (Thomas) 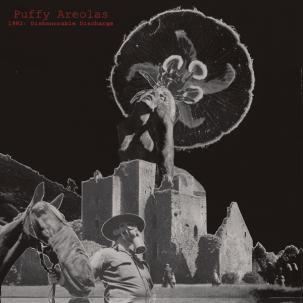 Puffy Areolas are back andthis time on HoZac out of Chicago (last one was on Siltbreeze). They’ve alsogot a new drummer which is one of my favorite drummers Bim Thomas (Bassholes,Obnox). His trademark style is all over this LP! The Areolas choice of punk soundlike a noisey take on early harcore mixed with garage noise and stomped in arepetitive hazy fury. Yes, a bit of psychedelics thrown in as well as someStooges ”Funhouse” somewhere. It might be an aquired taste but i really likeit. Love the saxophone skronk on ”Funk Your Head Up”. This album is reallycohesive and a great buy so if you think you might like it go out and get it!(Martin) 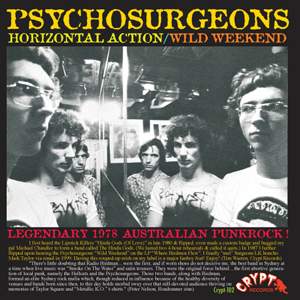 Great to see Crypt jumping on the 70’s punkreissue train, especially when it’s this great. Like Razar this is a mush haveso just make sure to get it! Sweet, amazing punkrock from down under. (Thomas) 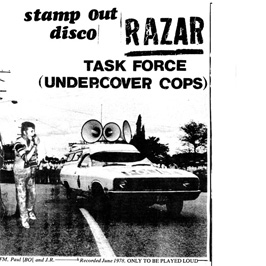 It’s been a great year for reissues where SingSing sure did their part, now if we could only get more stuff like this andless powerpop. Razar is essential listening! Great fucking punkrock! (Thomas) 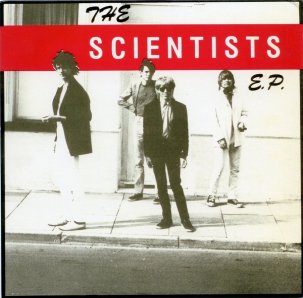 Agitated Records is sneaking upfrom behind and they’re putting out some cool reissues. This time it’s thesecond 7” from Australias the Scientists (they also did their first but it’sout of print) and it’s an EP with four songs. This was before the Scientistswent into the swamp when they did raw, poppy and catchy garage-music. Maybe a bitlike the Real Kids with the sound of the Saints but there’s also somThunders-sounds as well as a bit of an 80s garage feel. Originally it came outin 1979 and has been reissued on other formats a few times. I love this! ”LastNight” starts the EP and it’s a super catchy number which is followed by thestonsey ”Bet Ya Lyin”. ”It’s For Real” and ”Pissed On Another Planet” on theflip are equally great while maybe not as instant. Yay! (Martin) 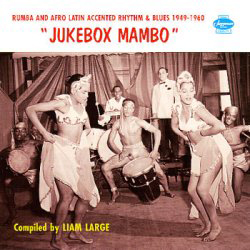 Rhythm & blues infused by latin and rumbaflavour. Not bad if I may say so! Had a couple of the cuts on here but most ofthem are new to me and the ones I did have are put into a new context makingthem even better. Great compilation and it comes with a great, hefty bookletexplaining and contextualizing the whole latin r&b movement. Think JungleExotica or the Lavender Jungle taking on regular rhythm & blues and theresult would maybe be something like this. Do the rumba! (Thomas)